This post is about holidays and day trips and the things we did, ate and took with us then which are not heard of now. It was prompted by a thought about postcards. With so many other ways of communicating now, the humble postcard is a shadow of its former self. When I was a child we had a two week summer holiday every year. I have very clear memories of my mum writing loads of postcards. She would take her address book and her card list – I’m pretty sure it was the same list as for Christmas cards – and would spend ages working her way through the list of contacts. We children were encouraged to send postcards to school friends. Back at home, postcards would arrive all summer. Friends and neighbours who didn’t go away on a holiday (many were farmers and couldn’t leave the farm) would send one from a place visited for the day in the school holidays.
Postcards mostly fell into two main types – examples are shown here – the views and the humorous ones. Until I moved to Yorkshire I had no idea that the ubiquitous ‘saucy’ postcard, seen all over the UK, originated in the town of Holmfirth. I remember browsing through them in newsagent’s shops and the humour going right over my head!

A feature of holidays and day trips was the picnic. In the 1950s there were no cool boxes, cling film or plastic sandwich boxes. People in general didn’t have the spare cash for cafe stops and there were no fast food outlets apart from chip shops. When a family went out for the day they took a picnic which consisted of some or all of the following

Note – this is a very British list and will probably bear no relation to memories from other countries and continents.

The last item is, of course, peculiarly British.  How could a family pass a whole day without tea? It was unthinkable! The only way to have tea to drink with your picnic was either

a. to take a Thermos flask

b. to take a camping stove (Primus) and kettle and brew up.

Plastic picnic ware was not around in the 50s. The standard unbreakable picnic mugs and plates were known simply as enamel and were metal (tin?) with a white enamel coating and a blue trim.

We had a gadget – pictured here – which made toasted sandwiches. Back then the ubiquitous toasties and panninis were not heard of. We made cheese on toast at home and that was the nearest. This tool, however, was brilliant for providing some warm food at a picnic on a cold day – a feature of British summers! You take a normal sandwich, place it in between two iron plates on the end of a pair of tongs, squeeze the plates together and hold over the flame of a Primus stove.  Result – one perfect toasted sandwich! These were the first toasties I ever ate.

There is now a vast array of lightweight foldable chairs and tables for outdoor eating.  They are easily stowed in the boot of a car. When I was a child there were deck chairs made of wood and canvas which were available to rent for the day on beaches or were kept at home for use in the garden.  What we all did then was to take ‘picnic blankets’.  Woollen and usually tartan, these would be spread on the grass or sand for everyone to sit on and eat their picnic.  If the picnic was by the sea or a river a towel was always there to dry any feet which went paddling. The picture shows a typical 50s towel. It’s only when you see one that you realise how even towel styles change with time.

Two of my daughters and their three small children have been staying here this summer and have now returned home. This means I have time to get back to other things like writing this blog. Thinking about all the travelling done by our family when we visit each other has prompted me to revisit holidays and travel in the 50s and 60s.

As well as our annual family holiday and weekend visits to grandparents, we children had two other exciting days out to look forward to each year. One was the village outing and the other was the Sunday School trip. Both were arranged in a similar way and the same people went on the two trips – apart from the fact that the vicar only joined us on the Sunday School outing, not the village one.

A coach was booked and would be ready and waiting outside the village shop at 8am. Our local coach firm was Thomas Bros who also ran the school bus service.

The photograph is not a Thomas Bros one but our coaches looked like this.

We always went to either Porthcawl or Barry Island. Or perhaps they are the two I liked best as they had permanent funfairs as well as beaches! All food for the whole day was packed up and taken with us, including flasks of drinks. The most we ever bought to eat whilst there was an ice-cream. There were not as many food outlets in those days and people didn’t have the money to buy cafe food all day for a whole family.

Porthcawl beach and the funfair which was called Coney Beach.

So, a coach containing a whole village of mums and children and laden with bags of beachwear and food would set off for a day at the seaside. It was almost unbearably exciting. I’m sure it was terribly hard work for my mum! We sang songs on coaches and in cars in those days. These were not songs from the radio but songs which just seemed to be sung when travelling – many of them Welsh. Oes Gafr Eto? was one of my favourites. Crawshay Bailey was another one and I recently found out that the character in the song was a real person! He was was an English industrialist who became one of the great iron-masters of Wales in Victorian times.

At some point in the day we would walk into the town from the beach and funfair area. As we lived way out in the countryside, this was every bit as exciting as the sand and the rides. We would go to Woollies (F W Woolworth) and be in seventh heaven choosing pick and mix, cheap jewellery or toys to spend our pocket money on.

This is a 1950s Woollies – not necessarily one I’ve been in.

I only ever saw Milady toffees in Woolworth’s.

As we sang and dozed our way back in the coach we were happy, sometimes sunburned – nobody knew much about sun protection then – and tired. It was always a Saturday. My dad would have had a whole day uninterrupted in his beloved garden.

This photograph is not a Thomas Bros one but our coaches looked like this.

Reading some travel blogs recently, I thought I would look back at childhood holidays and day trips. I have mentioned travel in passing in my earlier blog Transport but this time I will be digging a bit deeper – with my bucket and spade! 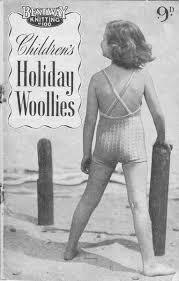 I flew back from Ireland last night after spending a few days with my daughter and the grandchildren. How easy, quick and affordable travel has become in the last few decades! In my childhood, family holidays were taken by road, coach or train – if you were lucky enough to have one at all. Now that I sort all my trips out on a computer, it’s hard to imagine my mum and dad planning holidays to a different part of Britain for all five of us. We didn’t return to the same place each year so new accommodation had to be found each time. Before our first telephone, this would have all been done by letter! 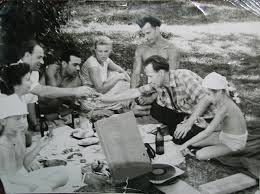 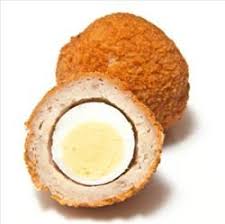 Picnics were a big part of family outings. There were no fast food outlets and most post-war families couldn’t afford to eat in cafes too often so food was taken with you.

I remember – mainly sandwiches (egg and cress, Spam or tinned ham, Shipham’s paste), peeled hard-boiled eggs, tomatoes, scotch eggs. Drinks were tea in a Thermos flask and made up orange squash (I remember a brand called Quosh). There would be some pieces of home made cake after the sandwiches. I didn’t come across crisps until at least 1960 so they weren’t part of 1950s picnics.

Driving to the coast for a holiday or a day trip often involved long traffic jams. Most beaches had little in the way of amenities, cafes and toilets often involved a walk back from the beach into the town.

First of all, I want to point out that I grew up in a remote part of Wales so my memories will not be the same as many other people’s. I hope there is still plenty for you to identify with and I welcome any contributions.  We had no service buses but the village railway station was a walk of about a mile from our house. Trips to the town (five miles away) when my dad was using the car for work, involved my mum walking up to the station with the three of us to catch the train. We hated the walk because we kids inevitably caused us all to be late leaving the house so it wouldn’t be a walk, more of a route march along the lanes to the station. We loved that station! Although a remote, rural station, it had a full-time station master who was wonderful with kids. The waiting room was always cosy and welcoming and in winter had a coal fire burning. I don’t ever remember waiting on the platform with anybody else or seeing any passengers alight at our stop. Even so,  John the station master kept that station immaculate. The trains were amazing! That smell! Each carriage had several compartments. A sliding door led from the corridor into the compartment.

The only time I went on buses or trams was when we went to stay with friends and relatives in Swansea and Cardiff. I loved the trams with the sparking poles connecting with the overhead wires – apologies for the very un-technical jargon! The buses had conductors, an entrance and exit at the rear and – joy of joys! – a stairway to an upper deck. As children, we thought this was the very best way to travel!