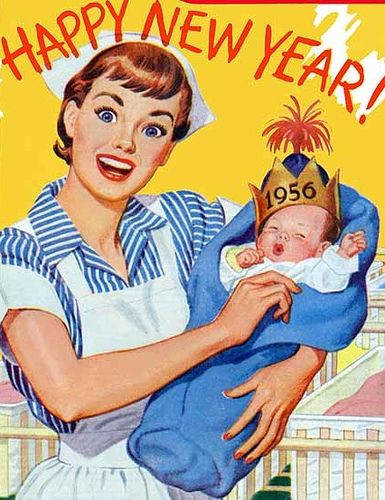 It occurred to me the other day that there are things which used to happen when I was a child which I never hear about these days. That might sound odd. I’ll try and explain what I mean!

In our village, which was tiny, (the village school had just under 30 pupils, that should give you an idea) the school building was used as a village hall. There was always a big New Year’s Eve party held there which started very early with games for the children then a tea and went on until midnight. Later in the evening various people would sing, recite or play the piano.

Every so often there would be a fundraising event held on a Saturday afternoon – perhaps by the WI or the Young Farmers. Whatever body was organising the event the people helping and those attending were always the same. The whole village would be there. I never hear of anyone holding a Sale of Work now or a Bazaar. I think the bazaar was what is also known as a jumble sale and they don’t seem to happen anywhere any more either. A Sale of Work was what might now be called a Craft Fair with goods and produce made and sold by the villagers. Refreshements at all of these affairs was always the same. Massive urns of tea, juice for the kids, sandwiches and home-made cakes. All the food was made at home by the women of the village and served up by them at long trestle tables.

Two popular events were Whist Drives and Beetle Drives and they don’t seem to be around much nowadays either. My grandmother who lived with us loved these occasions!

My mum and dad rarely went out apart from to the village events I’ve just described but two or three times a year they would go to a ball in the nearby town. I think today’s equivalent would be a ‘dinner and dance’but then they were known as balls. I remember that the three main annual events which everyone went to were The Mayor’s Ball, The Police Ball (odd, as we only had one policeman!) and the Firemen’s Ball (our firemen were all voluntary and part time and did other jobs). I loved to see my mum and dad getting dressed ready for a ball. My mum would make herself a new dress, always full skirted and knee length, my dad would wear a dark suit and black shoes. I thought they were SO glamorous! These balls were held in either the Assembly Rooms or the Church Hall so no marble pillars and chandeliers!

Each year in the summer small towns and villages held a carnival. Our village one always had a fancy dress parade first which assembled in the school playground and walked down to the field where the carnival was held. All generations could dress up for the parade. Some years my mum, dad, my brother, sister and I all dressed up. I can still remember some of the outfits we wore – all made by my mum. This photo shows me and my sister, three years younger than me, dressed up as the couple on the Quality Street tin – which was an iconic image of the time. My mum was an excellent seamstress and made the costumes. There wasn’t any spare money for expensive materials so my inventive mum made the costumes on her Singer sewing machine out of crepe paper. My sister was holding a Quality Street tin – I suppose that was in case anyone didn’t get what we were dressed as!

I’m sure there would have been a few very simple stalls on the field – cakes, drinks, raffle, tombola etc but the thing I remember best and loved is the races. Children ran normal running races but in addition there was always an egg and spoon race, a wheelbarrow race, a three-legged race and a sack race. We loved them! I believe three-legged and wheelbarrow races are now considered dangerous for children and aren’t seen anywhere.